Smoking, a costly habit for our body

For the World Health Day on the 7th April 2022, the WHO has decided to focus on the link between health and environment. Today, we are increasingly exposed to air pollution, in which we participate, and this has an effect on our health, with smoking being one of the major issues. We discussed the subject with Dr. Donat, pulmonologist at the Clinique Bon Pasteur.

What are the effects of active smoking on the smoker’s respiratory health?

Tobacco use is known to cause a lot of damage and kills more than 8 million people each year, according to the WHO. With each puff of cigarette, the smoker inhales a significant amount of toxic substances such as: tar, carbon monoxide, acetone… Such substances attack the lungs directly and cause damage to the respiratory system by inflaming the bronchi, destroying the cilia in the lungs – which are responsible for cleaning the bronchi – and triggering persistent coughing. Smokers’ lungs gradually lose elasticity and thus cannot expand properly at breath intake, which not only affects their respiratory capacity, but also their heart system, since the supply of oxygen to the blood is reduced. That is why we say that smokers are twice as likely to have a heart attack or stroke compared to non-smokers.

What are the most common conditions related to smoking?

When it comes to the respiratory system, there are three common conditions that are, most often, related to smoking. In the first place, we have bronchial cancers, which wreak havoc in men and women likewise. According to one of the WHO’s latest reports, 90% of this type of cancer could be prevented by eliminating smoking – which is huge! Coming second, chronic obstructive pulmonary disease (COPD) is a serious chronic respiratory disease, which can lead to chronic respiratory failure. Lastly, tobacco is an important risk factor in the development of asthma, especially in children who are in contact with smokers. In addition to these three aspects, other respiratory diseases unrelated to tobacco can still be aggravated by its use.

Respiratory experts refer to a toxicity threshold, ‘20 pack-years’, which represents a consumption of 20 cigarettes per day for 20 years, or 40 cigarettes per day for 10 years, for example. The risk of developing bronchial cancer would be defined from this critical threshold of 20 pack-years. However, even for an occasional smoker or a passive smoker, the inhaled smoke of one cigarette is one too much, as it still increases the chances of developing a disease. Passive smoking is estimated to cause more than 1.2 million deaths worldwide each year, as well as many concomitant diseases. It does not only affect the respiratory system, but also the entire ENT region, with risks of developing lip, mouth, or larynx affections.

What would be your best tips to get rid of this addiction?

While there are many solutions to help smokers end it with tobacco, they must first have the will to quit. This is essential. There are many forms of medicinal and psychological support, on which they can rely to get the best chances to succeed. Aid drugs include patches, lozenges or other substances. New drugs have also been recently released, but one needs to be careful and seek a doctor’s advice, since such drugs may have side effects. On the psychological side, speaking to a therapist can be effective, or the 5-day plan recommended by the Ligue Vie et Santé, where smokers are encouraged to quit smoking without any substitute. There are also mobile apps inspired by cognitive and behavioural therapies, which build on self-motivation to support the decision to quit smoking. Every person is different, and there are many solutions, from which each can choose from, according to their preferences.

Once you stop smoking, what happens to your body?

The good news for quitters is that most of the damage caused by smoking to the respiratory system – provided it has not led to the serious illnesses mentioned above – start to regress as soon as they stop smoking. The effects on the body are almost immediate, since blood pressure, heart rate and blood oxygen levels return to normal after only 20 minutes. As the days go by, the risk of myocardial infarction decreases and breathing improves. As a matter of fact, the bronchial eyelashes begin to grow back month after month, and resume their cleaning process. After one year, the risk of stroke for an ex-smoker is the same as for a non-smoker. It takes a few more years before the risk of developing lung cancer decreases by half, and about 10 to 15 years for an ex-smoker’s life expectancy to reach that of non-smokers. The body takes time to recover, but it’s worth it! 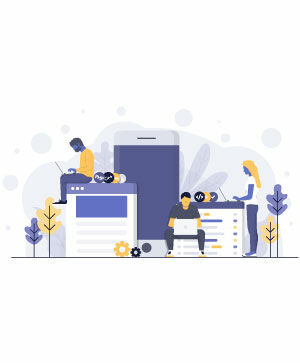 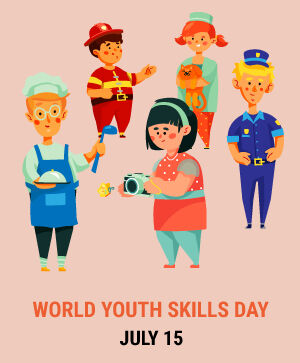 Valentine’s Day at the Clinic
An extraordinary Valentine’s day ! Every year, the 14th of February marks the celebration of love all around the world. It is the perfect occasion to spend time with your better half, and if things don’t always go as planned, they can nonetheless